Google's CEO Is Finally Going To Testify Before Congress 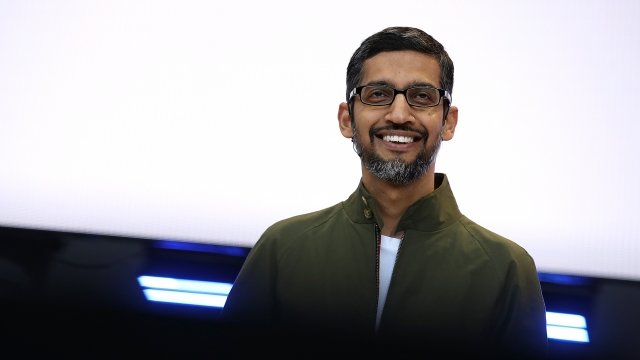 SMS
Google's CEO Is Finally Going To Testify Before Congress

By Katherine Biek
September 25, 2018
He was invited to a Senate panel earlier this month foreign meddling in the 2016 election, but he didn't show up.
SHOW TRANSCRIPT

Before that's scheduled to take place, The Wall Street Journal reports Sundar Pichai is going to sit down with top Republican lawmakers for a private meeting Friday.

That last one comes after President Donald Trump asserted back in August that Google's search results are "rigged" against him to show more negative news stories. Google pushed back against the claim.

Pichai was invited weeks ago to attend a Senate Intelligence Committee hearing with other social media company executives on foreign meddling in the 2016 election. Neither Pichai or the CEO of Google's parent company showed up, and the committee ultimately set up a chair and name placard to call attention to Google's absence.