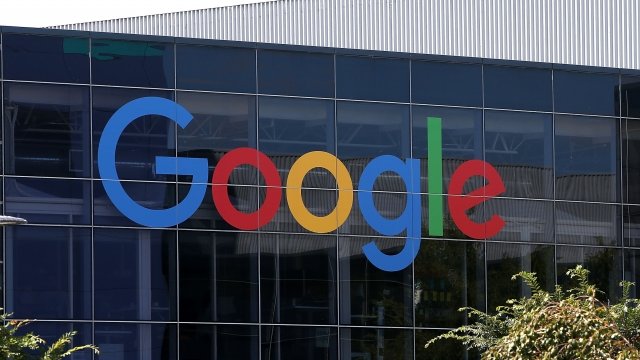 Google is pulling its name out of the hat for a cloud deal with the Pentagon.

The tech company said in a statement Monday that the Department of Defense's cloud program — called the Joint Enterprise Defense Infrastructure, or JEDI for fun — might not "align with [its] AI Principles."

Google didn't explain exactly what it meant, but Reuters reports the company doesn't want to use AI software in weapons or tech that could violate human rights and accepted international surveillance practices.

Some Google employees aren't that thrilled about contracts with the government to begin with. CNN reports that thousands of employees signed a petition earlier this year in favor of establishing a policy that says Google and its contractors won't make "warfare technology." Some employees have even quit over the issue.

Companies like Microsoft, Google and Amazon have been bidding for the $10 billion Pentagon cloud contract. Bids are due by Oct. 12, and Amazon is expected to be the first pick.