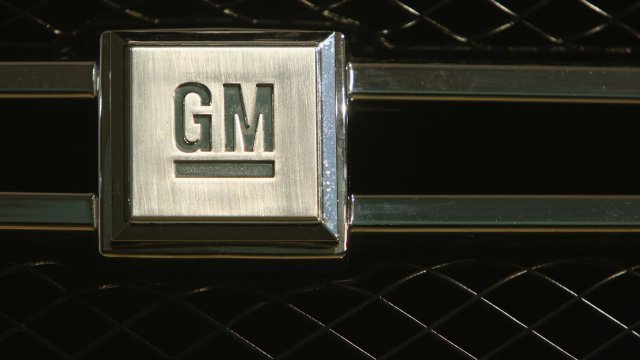 By Bianca Facchinei
December 6, 2018
The auto company's decision to close plants could be met with new updates to corporate tax rates.
SHOW TRANSCRIPT

Lawmakers are scrambling to save some of the jobs that General Motors is planning to slash after shuttering four plants across the U.S. While there are limits to what government can do, tax policy may be a starting point. Ohio Sens. Rob Portman and Sherrod Brown said after a meeting with GM CEO Mary Barra that they're considering changes to tax breaks. 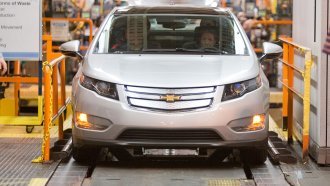 "We, taxpayers, this government saved that company," Brown said. "They have had many tax benefits since. I spoke with the president personally last week on fixing some of these tax issues that I think could make it more likely that they stay here."

For Sen. Brown, that means moving forward with his proposed American Cars, American Jobs Act, which would revoke a tax cut included in last year's Tax Cuts and Jobs Act that allows overseas profits for automakers to be taxed at a lower rate.

Both senators also said they spoke to Barra about potentially retaining the workers at the Lordstown, Ohio, plant to work on different products, like the Chevy Bolt.

"General Motors has made an announcement that they expect to build 20 new electric vehicles in the next five years. We want one or more of those models to be built in Lordstown, Ohio. That's where it belongs," Portman said.

But ultimately, lawmakers can only do so much. They can't control market conditions, which is the crux of the problem for GM. According to the company's most recent quarterly report, sales fell 11 percent year over year.

The pressure on GM is beyond the Senate, too. President Trump, another critic, threatened to cut off subsidies for the automaker if it goes through with it. Shortly after that, White House economic adviser Larry Kudlow said the Trump administration will try to end subsidies for electric cars in the next few years, which could put a dent in GM's vision to invest more in them.

Currently, consumers who purchase electric cars are eligible for a $7,500 tax credit before the manufacturer sells 200,000 vehicles. However, reversing that credit would require action from Congress.