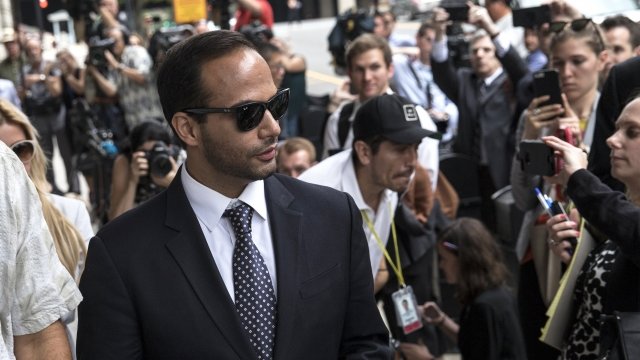 Papadopoulos pleaded guilty in October to lying to the FBI about his contacts with people connected to the Russian government.

He becomes the first member of Donald Trump's 2016 presidential campaign to be sentenced as part of special counsel Robert Mueller's investigation into Russian meddling and alleged collusion by the campaign.