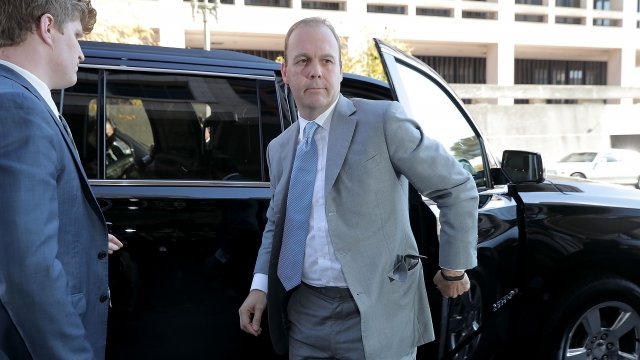 By Katherine Biek
October 9, 2018
The New York Times reports Rick Gates asked for proposals to use against some of Donald Trump's Republican opponents and Hillary Clinton.
SHOW TRANSCRIPT

While working for the Trump campaign in 2016, Rick Gates reportedly talked with an Israeli intelligence firm about possibly creating fake online identities to sway voters.

That's according to The New York Times, which said Gates asked the company Psy-Group to pitch an online disinformation proposal attacking Sen. Ted Cruz, who was one of Donald Trump's main opponents before he won the GOP nomination.

The Times reports Psy-Group also worked up a proposal offering opposition research on Hillary Clinton and her allies.

The lawyer for the company's owner told CNN his client met with Donald Trump Jr. in August 2016 to discuss Psy-Group "in general terms."

But there's reportedly no indication that the Trump campaign ended up using any of Psy-Group's plans. The Times said special counsel Robert Mueller's team already talked with Psy-Group employees as part of their investigation into Russian interference in the election.

As part of charges brought against him by Mueller, Gates pleaded guilty back in February to conspiracy against the U.S. and making a false statement.