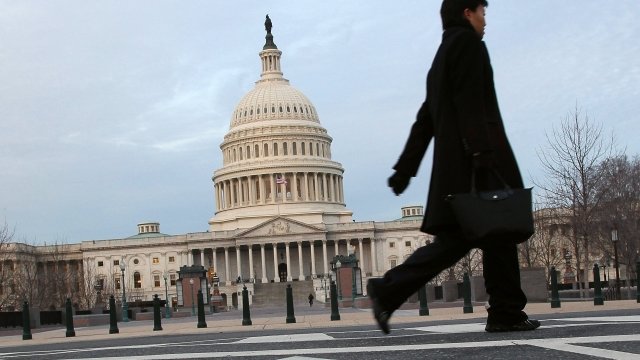 By Stephanie Liebergen
October 4, 2018
Almost every year since 2000, Gallup has asked Americans how much confidence they have in politicians.
SHOW TRANSCRIPT

It looks like Americans' trust in politicians is on the rise.

A Gallup poll conducted in early September found 55 percent of respondents have a "great deal" or "fair amount" of confidence in politicians.

Gallup has asked Americans about this almost every year since 2000, and 55 percent is the highest that number has been since 2008.

But it's important to note this year's poll was conducted before Brett Kavanaugh's Supreme Court nomination became engulfed by sexual assault allegations, so the current partisan battle over his nomination doesn't figure into this year's response.