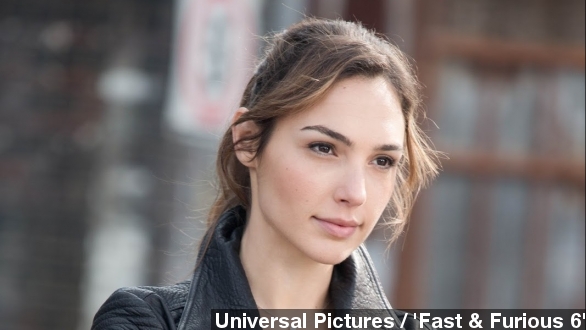 It's official: DC Comics has just picked one lucky lady — or should we say Gal — for the role of Wonder Woman in the upcoming flick "Superman vs. Batman."

Israeli bombshell Gal Gadot will play the lasso-wielding, bracelet-clad superheroine. Down, fanboys. In a statement obtained by Entertainment Weekly, director Zack Snyder said: "Wonder Woman is arguably one of the most powerful female characters of all time and a fan favorite in the DC Universe. … Not only is Gal an amazing actress, but she also has that magical quality that makes her perfect for the role."

​Deadline Hollywood first reported the news, and DC Comics later confirmed it on Facebook. It comes after rumors spread predicting Snyder would cast a surprise DC character for the movie.

Deadline also explains why Wonder Woman is the right cameo. "It makes sense to groom new stars in the supporting roles, the way that Marvel has done. All this is clearly gearing toward the long-awaited Justice League film, all based on the DC Comics characters."

Gadot gushed about her new role on Twitter, saying, "Can't express how happy I am."

Gadot, 28, was named Miss Israel in 2004 and competed in Miss Universe before becoming a professional model and actress. You might remember her best as Gisele from the last three "Fast & Furious" movies.

Now that the news is out there, here's hoping she doesn't get the same reception as the film's other surprise casting: Ben Affleck as Batman.

"I look on this thing, I look down at the first comment. It's like 'Ben Affleck's going to be Batman.' The first one just goes 'Noooooooooooo!'"

The surprises don’t stop at Wonder Woman. IGN reports the studio is now moving to cast the unnamed villain of the film.