FX's 'The People V. O.J. Simpson' Shows Us What We Didn't See 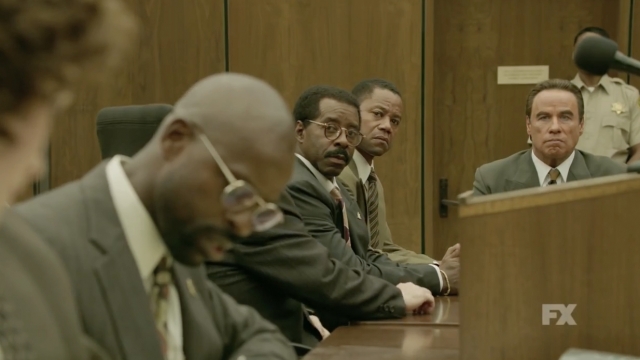 The O.J. Simpson trial divided a nation 20 years ago, and Tuesday night, a new docufiction series plans to unite us to relive the trial of the century.

"For me, the biggest discovery were things that were not submitted to court," John Travolta said.

The show dives deep into the trial over the deaths of Nicole Brown Simpson and friend Ronald Goldman. It seems the show's goal is to tackle race, celebrity and the media at a contentious point in American history. It also seems to stir in privileged information that only people close to the case knew — people like the Kardashians.

David Schwimmer stars as Robert Kardashian, who was one of Simpson's lawyers and friends, and Selma Blair plays Kris Jenner. The entire Kardashian clan makes cameos as kids in the series as well. The series even features a scene where Simpson holds a gun to his head in Kim Kardashian's actual childhood bedroom.

Critics seem to enjoy the series. Vanity Fair called it "surreal" and "fascinating." The New York Times said it is "absorbing, infuriating and, yes, thoroughly entertaining."