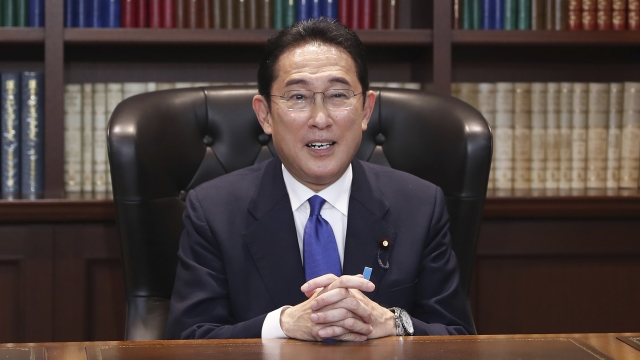 SMS
Fumio Kishida Set To Become Japan's New Prime Minister
By Associated Press
By Associated Press
September 30, 2021
Kishida is the nation's former foreign minister and won the Liberal Democratic Party's runoff election by a landslide in the second round.

Former Japanese Foreign Minister Fumio Kishida won the governing party's leadership election on Wednesday and is set to become the next prime minister, facing the tasks of reviving a pandemic-hit economy and ensuring a strong alliance with Washington to counter growing regional security risks.

Kishida replaces outgoing party leader Prime Minister Yoshihide Suga, who is stepping down after serving only one year.

As new leader of the Liberal Democratic Party, Kishida is certain to be elected the next prime minister Monday in parliament, where his party and its coalition partner control both houses.

In his victory speech, Kishida vowed to tackle "national crises” including COVID-19, the pandemic-battered economy and the declining population and birthrate. He said he would pursue "important issues related to Japan's future" through a vision of "a free and open Indo-Pacific" that counters China's assertiveness in the region.

Kishida defeated popular vaccinations minister Taro Kono in a runoff after finishing only one vote ahead of him in the first round, in which none of the four candidates, including two women, was able to win a majority.

In a landslide 257-170 victory in the second round, Kishida received support from party heavyweights who apparently chose stability over change advocated by Kono, who is known as something of a maverick and a reformist. 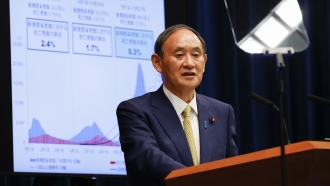 Kishida is under pressure to change the party's high-handed reputation, worsened by Suga, who angered the public over his handling of the pandemic and insistence on holding the Summer Olympics in Tokyo despite surging infections.

Kishida said he heard many voters in the past year complaining that they were being ignored. "I felt our democracy is in a crisis," he said in his speech. "I, Fumio Kishida, have a special skill of listening to people. I am determined to make an effort toward making a more open LDP and a bright future for Japan together with you all."

The 64-year-old former foreign minister was once seen as an indecisive moderate. Lately, however, he has shifted to become a security and diplomatic hawk as he sought support from influential conservatives to win the party election. 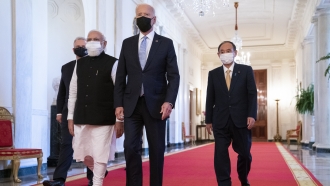 Kishida has called for a further increase in Japan's defense capability and budget, and vowed to stand up to China in tensions over self-ruled Taiwan that China claims as part of its territory, and Beijing's crackdown on dissent in Hong Kong.

Kishida supports close Japan-U.S. security ties and partnerships with other like-minded democracies in Asia and Europe, in part to counter China and nuclear-armed North Korea.