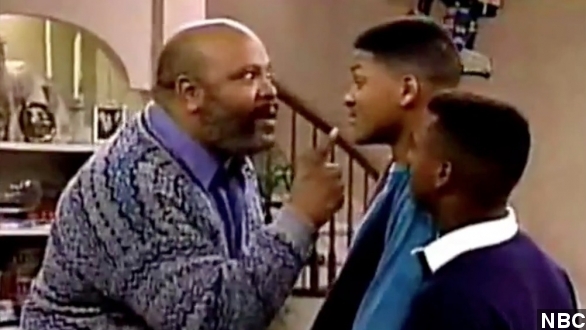 Everyone remembers the beloved father figure Uncle Phil from "Fresh Prince of Bel Air." Sadly, the man behind the character, James Avery, passed away Tuesday night.

"I'm deeply saddened to say that James Avery has passed away. He was a second father to me. I will miss him greatly."

TMZ is reporting Avery died after suffering complications from open heart surgery. According to the outlet, his wife Barbara briefly left his bedside, and returned to learn he had passed. (Via TMZ)

CNN got confirmation from Avery's publicist that he had died. The outlet notes he was a classically trained actor and poet, originally from Atlantic City, and had served in the Navy during the Vietnam War.

On Wednesday the news of his passing quickly got 'Fresh Prince' trending on Twitter.

Avery had appeared in various other TV shows and movies, though his most notable was "Fresh Prince." He'd also voiced the character Shredder in "Teenage Mutant Ninja Turtles." (via NBC)

This comes on the heels of another death in the "Fresh Prince" family — less than a week ago, a producer on the show, Jeffrey Pollack, was found dead. He'd been out jogging, but his cause of death remains unclear. (Via The Wrap)