Franken Takes A Shot At Trump, Moore In Resignation Announcement 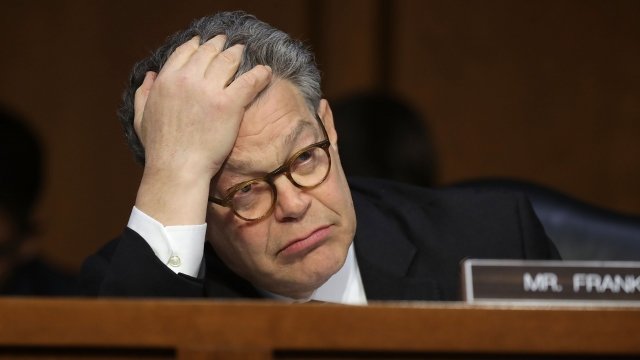 SMS
Franken Takes A Shot At Trump, Moore In Resignation Announcement
By Lindsey Pulse
By Lindsey Pulse
December 7, 2017
Franken said he's aware of the "irony" in the fact he's leaving but Trump and Moore, who have both been accused of sexual misconduct, are staying.
SHOW TRANSCRIPT

Democratic Sen. Al Franken said Thursday that he would resign amid a series of sexual misconduct allegations. Though, you may have noticed that wasn't a hard-line acknowledgment of guilt.

During his announcement, he slipped in a dig aimed at President Donald Trump and Republican U.S. Senate hopeful Roy Moore.

"I, of all people, am aware that there is some irony in the fact that I am leaving, while a man who has bragged on tape about his history of sexual assault sits in the Oval Office and a man who has repeatedly preyed on young girls campaigns for the Senate with the full support of his party," Franken said. 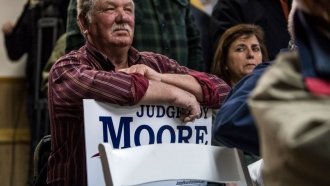 Both Trump and Moore have denied any wrongdoing.