Former 'The Shield' Actor Found Guilty Of Murdering His Wife 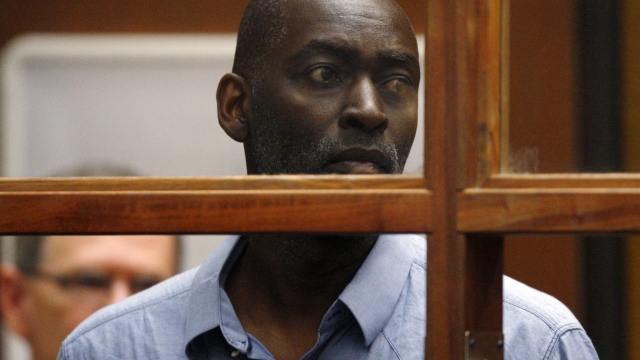 By Samantha Crook
May 31, 2016
Michael Jace is most widely known for his role as Julien Lowe on FX's "The Shield."
SHOW TRANSCRIPT

The actor is most widely known for his role as Julien Lowe on FX's "The Shield," where he played a Los Angeles Police Department officer.

The couple's children were in the house during the 2014 shooting. In court, one of the children reportedly testified that during the incident Jace told his wife, a runner, "If you like running, then run to heaven."

Prosecutors said April Jace had asked her husband for a divorce; his defense argued he snapped, saying, "If you found there was something that provoked this man ... and it created some kind of passion in him, that's manslaughter."

Jace was found guilty of second-degree murder, but his defense argued the shooting wasn't premeditated. Jace's sentencing date is June 10.

This video includes images from Getty Images and clips from FX Network / "The Shield" and KABC.