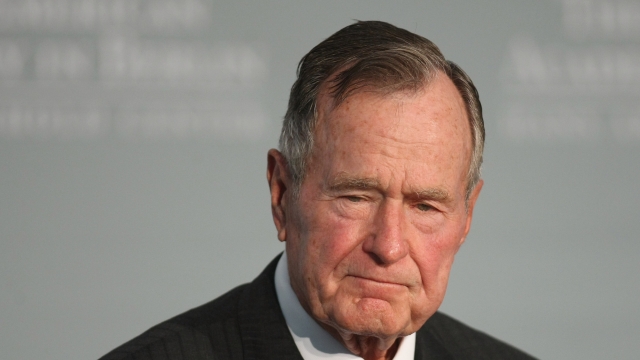 His death was announced late Friday evening by the office of his son, George W. Bush. The statement didn't include details about the cause of death, but the elder Bush had a few health scares in 2018, including a stint in the ICU.

Bush served as vice president under Ronald Reagan for eight years before assuming the role of commander in chief in 1989.

During his tenure as the 41st president of the U.S., he focused largely on foreign policy. Domestically, Bush signed important acts into law, including the Americans with Disabilities Act and the Clean Air Act Amendments of 1990.

He and his son were the second father and son pair to take on the position of president.