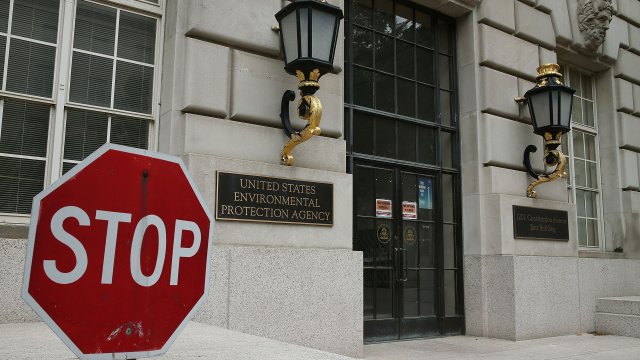 Hundreds of former Environmental Protection Agency officials are calling for a congressional probe into the Trump administration's feud with the state of California over recent environmental policies.

In a letter sent to the House Oversight and Reform Committee on Thursday, nearly 600 former EPA employees requested an investigation into EPA Administrator Andrew Wheeler's recent threat to withhold highway funding from the state, as well as the agency's accusation that California violated clean water laws.

The letter urges Congress to "investigate whether EPA Administrator Wheeler’s recent actions in California were intended as retaliation for the state’s failure to support President Trump’s political agenda."

The former EPA employees said that Wheeler's "decision to single out California while taking no action in other states where there are at least as many serious violations is transparently partisan."

An EPA spokesman responded to the letter by saying, "Highlighting that California has the worst air quality in the nation along with other serious environmental problems is not a political issue."