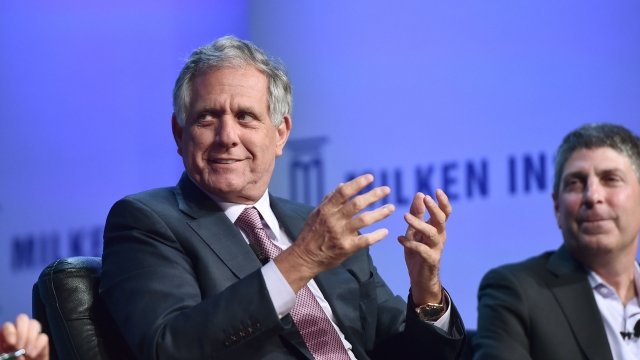 By Jamal Andress
September 10, 2018
His financial future is largely in the hands of an independent investigation into allegations of sexual misconduct.
SHOW TRANSCRIPT

Former CBS Corporation CEO Les Moonves was one of the highest-paid corporate executives in the world — having made nearly $70 million in 2017.

But his severance package could cost CBS twice that.

His financial future is largely in the hands of CBS' board of directors, which is overseeing an independent investigation into allegations of sexual misconduct.

Back in August, the New Yorker published the accusations of six women who claimed Moonves sexually harassed them over the course of his tenure at CBS. On Sunday, six more women came forward with sexual assault and harassment claims in a separate New Yorker article.

Moonves has admitted to making advances but said he's never sexually assaulted anyone.

According to an SEC filing, the CBS Corporation has set aside $140 million for Moonves's severance package. $20 million of that has been spoken for — it will be donated to "one or more organizations that support the #MeToo movement." But the rest of the money is in limbo pending the investigation.

If the investigation finds these allegations check out, then the board is "entitled" to fire Moonves for breaking his employment agreement, and CBS keeps the money. But if the probe doesn't substantiate any of the claims, then not only does Moonves get paid $120 million, but he will also serve as an adviser "for the company for one year following his resignation."

Now, it's important to note Moonves has the power to take CBS into "arbitration," which could lead to an independent arbitrator negotiating with both sides to decide just how much Moonves is entitled to. That said, CEOs resigning with no big payday in place isn't completely unprecedented.

Earlier this year, another high-powered CEO, Steve Wynn, resigned after being accused of sexual misconduct. He stood to make $250 million had he been fired "without cause," but he walked away with no severance package whatsoever.