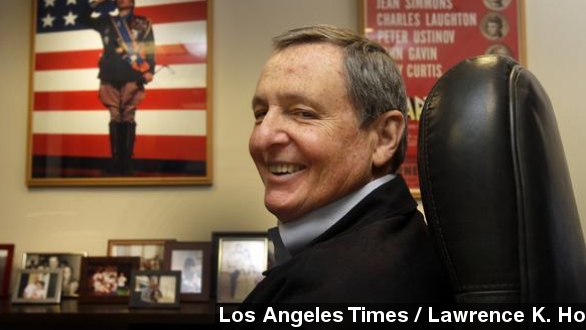 Former president of the Academy of Motion Picture Arts & Sciences Tom Sherak died at his home in Calabasas, Calif. Tuesday after a long battle with prostate cancer. He was 68 years old.

Sherak's work within the film industry was wide-ranging and spanned more than 40 years. He worked in studio marketing, distribution and, perhaps most notably, served as Academy boss from 2009-2012. (Via Entertainment Weekly)

Variety points out during that time, Sherak oversaw a number of changes to lift the Academy out of a ratings dip pertaining to the Oscars. They write that Sherak is credited with moving "the Academy in the direction of electronic Oscar voting" and leading "efforts to draw younger members of the entertainment community as well as people of color into the Academy."

Although Sherak's annual salary as film czar was only $1, he was tasked with keeping film production, and money, within the city. Garcetti expressed confidence in Sherak's abilities by telling The Hollywood Reporter "He's as universally liked as anyone can be in the business."

His family released a statement on his passing, saying "Tom is, was, and always will be, our loving husband, daddy, papa, brother, friend, and 'Go to Guy.' He blessed this earth for 68 incredible years, and he will be missed every single day." (Via The Academy of Motion Picture Art and Sciences)

Sherak is survived by his wife and three children.