Flynn Could Finally Be Sentenced For Lying To Investigators 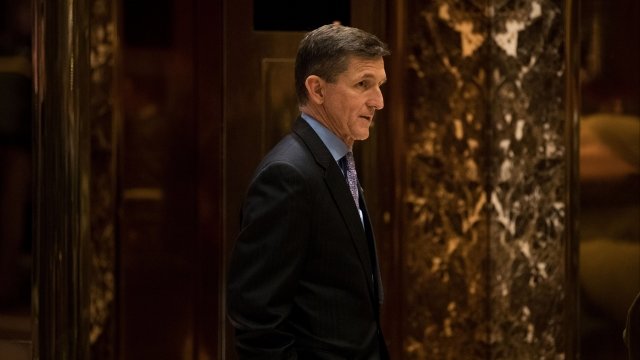 SMS
Flynn Could Finally Be Sentenced For Lying To Investigators

As part of his plea deal for lying to investigators, Flynn is cooperating with special counsel Robert Mueller's investigation into Russian interference in the 2016 U.S. presidential election.

Flynn's sentencing has been repeatedly delayed since he took that plea — indicating he was still providing investigators with information.

But on Monday, Mueller and Flynn's legal team said in a joint status report that "the matter is now ready to be scheduled for sentencing." Both sides requested Flynn be sentenced on Nov. 28 or the following seven business days.

Flynn's charge carries a sentence of up to five years in prison. His plea agreement suggested a sentence of zero to six months in custody, but the judge isn't required to follow that deal.