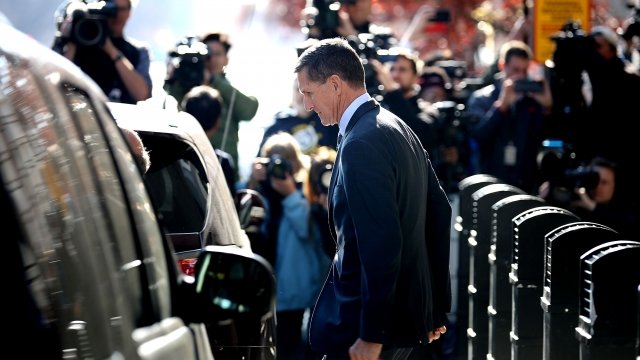 By Katherine Biek
December 27, 2018
The judge put a travel restriction on former national security adviser Michael Flynn as part of an earlier decision to delay his sentencing.
SHOW TRANSCRIPT

Former national security adviser Michael Flynn wants to be able to travel between Washington, D.C., and his home in Rhode Island ahead of his sentencing.

His legal team filed their request Wednesday — more than a week after a federal judge delayed Flynn's sentencing to give him even more time to cooperate with special counsel Robert Mueller's Russia investigation.

As part of his decision to delay, the judge set up a travel restriction for Flynn: Starting Jan. 4, he has to remain within 50 miles of Washington, D.C. Although, the judge did make an exception for Flynn's pre-planned international travel.

But Flynn's lawyers want that travel restriction to be modified to allow their client to travel to his home in Middletown, Rhode Island.

It's currently unclear when Flynn will be sentenced for lying to investigators. Both sides are supposed to update the judge on the status of the case in March.