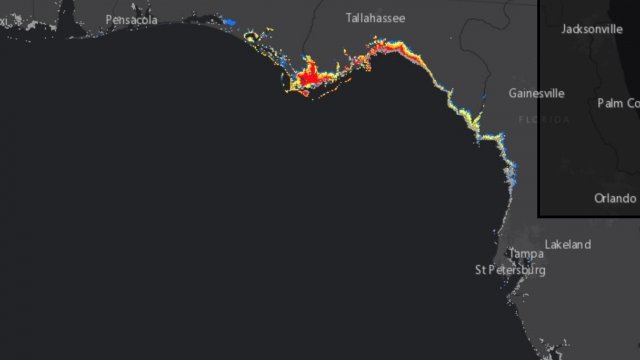 By Evan Thomas
October 10, 2018
The shallow seafloor and the shape of Florida's west coast could both contribute to significant storm surge flooding from Hurricane Michael.
SHOW TRANSCRIPT

On average, the deadliest part of Atlantic hurricanes like Michael is the storm surge they bring to coastal areas. In the Florida Panhandle, this water can be even more dangerous because of how the shape of the coastline guides its flow.

All the water a hurricane pushes ahead of it has to go somewhere. When the seafloor is shallow like it is on the Gulf Coast, a storm surge onto dry land will typically be higher than it would be in deeper water.

And if the coastline curves inward, it can act as a sort of funnel that concentrates the water into a smaller area. 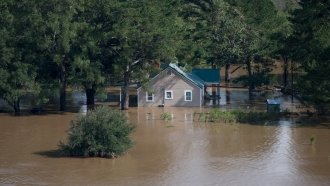 Together, these could help put normally dry areas under several feet of water as Hurricane Michael moves through. The National Hurricane Center predicts that if high tide rolls in at the same time, some parts of the panhandle could see as much as 14 feet of inundation.