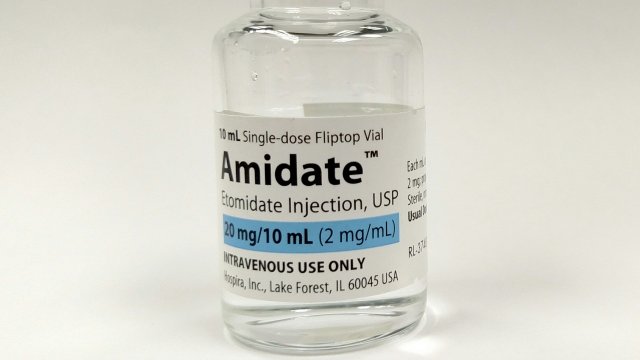 By Briana Koeneman
August 25, 2017
Convicted murderer Mark Asay was put to death using a combination of three drugs. One was a sedative called etomidate.
SHOW TRANSCRIPT

On Thursday, Florida executed a death row inmate for the first time in more than 18 months.

And the state did it using a drug that had never before been used in an execution in the U.S.

Convicted murderer Mark Asay was put to death using a combination of three drugs. One was a sedative called etomidate.

Back in January, Florida decided to start using etomidate in its lethal injection cocktail instead of the controversial drug midazolam, which has become harder to get because some manufacturers don't want it used in executions. 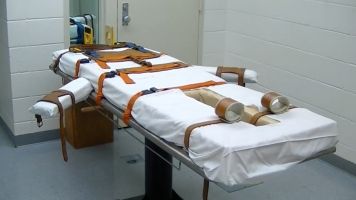 4 Executions In 8 Days: What's Next For Death Row In Arkansas?

Courts have also barred the use of midazolam over concerns that it violates inmates' constitutional right against cruel and unusual punishment.

Etomidate was first discovered in the 1960s by scientists at Janssen, a division of Johnson & Johnson.

But Janssen doesn't sell etomidate in the U.S., and the company isn't pleased that Florida is using the drug in executions.

The company said before Thursday's execution, "Janssen discovers and develops medical innovations to save and enhance lives. We do not support the use of our medicines for indications that have not been approved by regulatory authorities."

Earlier this month, the Florida Supreme Court rejected arguments from Asay's lawyers that the use of etomidate would cause him too much pain.