Florence Downgraded To Tropical Depression As It Moves Inland 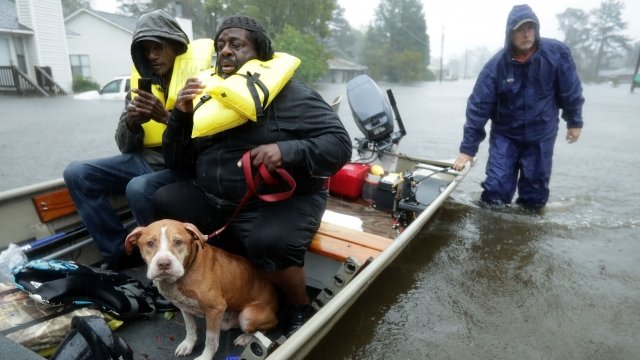 Florence has been downgraded to a tropical depression as it moves inland. As of Sunday morning, the storm had reportedly left at least 13 people dead.

The National Hurricane Center warned that while the storm has weakened, flash flooding and major river flooding will continue over much of North and South Carolina and parts of Virginia.

The NHC says Florence's maximum sustained winds are 35 mph. That's down 15 mph from Saturday morning. CNN reports almost 800,000 customers are without power in the Carolinas. On Sunday, the storm was moving west at 8 mph and was expected to curve back toward the east sometime on Monday.

On Friday, President Trump approved a disaster declaration, giving eight counties in North Carolina access to federal funding. The money can be used for temporary housing, home repairs and other programs to help individuals and businesses recover after Florence.