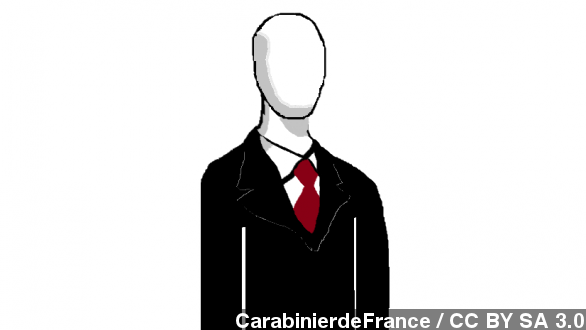 By Madison Burke
September 6, 2014
The 14-year-old girl set her own home on fire while her mother and brother were sleeping inside.
SHOW TRANSCRIPT

The ​fictional character Slender Man is reportedly the inspiration of yet another violent crime.

Authorities say a 14-year-old Florida girl set her home on fire while her mother and young brother were sleeping inside in an effort to please Slender Man.

The incident reportedly took place after the girl had an argument with her mother. Her mother woke up in time to get her son out of the home and said she later received text messages from her daughter admitting to setting the fire.

The girl told authorities she was motivated by a Slender Man website and was also inspired by the two Wisconsin girls who attempted to stab their friend to death.

So, what is it about this fiction figure that's prompting so much violence?

The Slender Man websites and social media pages depict the character as mythical and villain-like. Those pages include some pretty creepy language that encourages violence.

However, after these recent child crimes, a lot of those same sites are including disclaimers saying that it is all fictional and that the site is meant for adults.

Most experts agree that children viewing violent websites is not good for their development.

And a study published in Pediatrics shows young people who are exposed to violent forms of media are much more likely to exhibit violent behavior themselves.

"First the Slender Man wiki gathers urban legends describing the character and gathers internet users who want to talk about him. Also, an entire page on the site Creepypasta rounds up erie photographs and myths about Slender Man. Finally, you may see Slender Man tied to the viral online book Soul Eater."

The Florida girl has been charged with arson and two counts of attempted murder. Local authorities have not said whether she'll be charged as an adult.