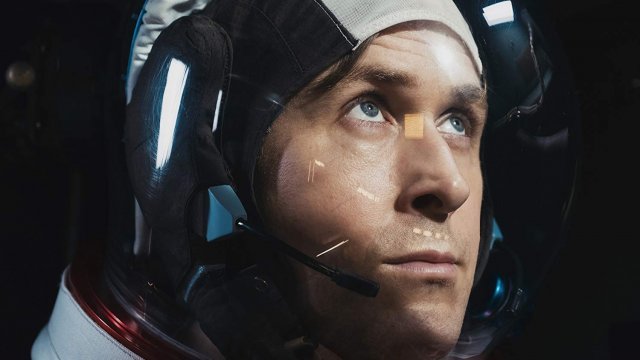 By Jamal Andress
October 14, 2018
"Venom" and "A Star Is Born" both maintained their top spots at the box office by having particularly strong sophomore weekends.
SHOW TRANSCRIPT

Holding on to the No. 1 spot this weekend is "Venom" bringing in an estimated $35.7 million in its sophomore box office frame. That domestic haul is, once again, better than expected and a sizable appetizer to the box office entree — Venom's overseas ticket sales.

In more holdover news, "A Star is Born" also performed better than expected. Bringing in an estimated $28 million and easily holding on to the No. 2 box office spot.

Not only that, but thanks to the beautiful ballad "Shallow" Bradley Cooper has earned his very first entry on the Billboard Hot 100 chart. Mr. Cooper, you've come a long way sir. We're all very proud.

Coming in third this week is the only new film to make the top 3. "First Man" brought in a an estimated $16.5 million in its first week out just barely nudging by Jack Black's "Goosebumps 2: Haunted Halloween" which brought in $16.2 million in its debut this weekend.

Now, "First Man" is a great film with high critical marks and has all the Oscar buzz once could hope for but that doesn't always equal box office blockbuster.

This film cost about $60 million to produce and after a weekend in theaters it is nowhere near making that money back. Universal Pictures is hoping for a sustained box office run through awards season despite the film not making much of a splash in its debut.

As for next week, the Meyers family is reunited and it does not feel good.