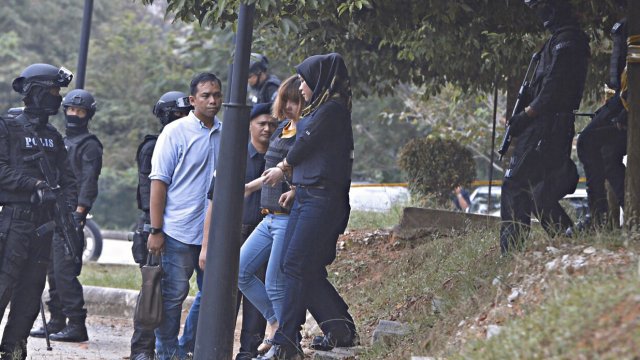 More than two years after being sent to a Malaysian prison on suspicion of killing North Korean leader Kim Jong Un's half-brother – Doan Thi Huong has been released and returned to Vietnam.

Huong was accused of placing a banned nerve agent on the face of Kim's brother, Kim Jong Nam, in an airport near the capital of Malaysia in February 2017. He died just minutes after coming into contact with the chemical.

Authorities also accused four North Korean men and Indonesian national Siti Aisyah. She was arrested and spent time behind bars in Malaysia before having her murder charge dropped just a few weeks ago.

Huong was released after agreeing to plea guilty to a lesser charge of "causing hurt by a dangerous weapon."