FDA Approves Another Migraine Drug That Might Not Cost A Lot...For Now 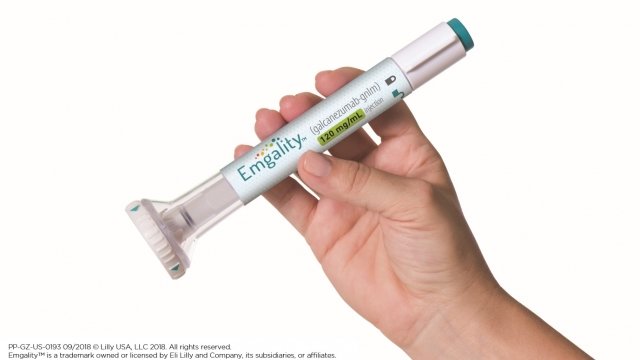 SMS
FDA Approves Another Migraine Drug That Might Not Cost A Lot...For Now

A new migraine drug is coming into an already crowded market, but it could all mean less of a headache for some patients.

It's a monthly injection to prevent migraines in adults, aiming to cut down on the number of migraine days patients have. The debilitating neurological disorder affects more than 30 million Americans.

Emgality is the third drug of its kind to be recently approved by federal regulators, joining a competitive market within the pharmaceutical industry.

That's why Lilly and the drugmakers behind the other two medications are offering their product at little to no cost for some insured migraine sufferers for a period of time.

And that could save patients a lot of money in the long run. The list price for Emgality is $6,900 a year, which is in the same range as the other two injections.

Some analysts predict the competition may soon lower that price even further, as the new class of drugs could benefit about 15 million Americans.

Emgality is also on its way to getting approved in the European Union.