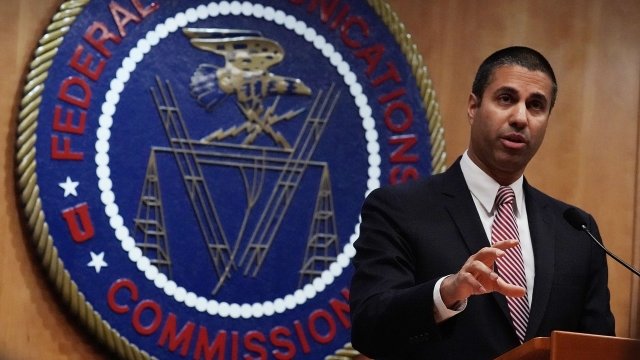 By Evan Thomas
November 23, 2018
The FCC wants to regulate text messages just as it did broadband internet — and rights groups are worried it could erode consumer protections, too.
SHOW TRANSCRIPT

FCC Chairman Ajit Pai has proposed new regulations that he says would cut down on spam text messaging. Whether it works or not, it's likely to be controversial. It's the same argument we had when the FCC tackled net neutrality — and privacy advocates worry it could have the same underwhelming result.

Even the terms will probably sound familiar: The new rules would legally define wireless text messaging as an "information service." The proposal is a response to a petition by messaging app Twilio, to classify text messages as "telecommunications service" instead.

This is the same emphasis on definitions we saw before net neutrality protections were enshrined in 2015, and before they were rolled back in 2017. During that two-year window, the FCC classified broadband internet service as "telecommunications," which granted consumers stronger protection under the agency's rules.

Pai says making texts "information services" would give carriers more authority and muscle to carry out their existing job of mitigating spam.

But some rights groups say the FCC's light-touch solutions won't be enough to protect consumers — which are some of the same objections they had to the final net neutrality rules. 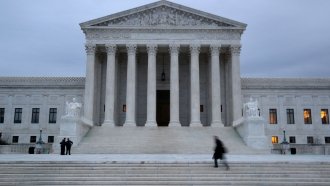 The nonprofit Public Knowledge has been trying to get the FCC to crack down on spam texts for years. It says this new definition isn't strict enough, and could give carriers more leeway to throttle or censor communication on their platforms.

We don't know yet whether this proposal will spur the same after-the-fact legal battles that net neutrality did. But it might not take long to find out — the FCC will vote on the new text regulations at its December open meeting.