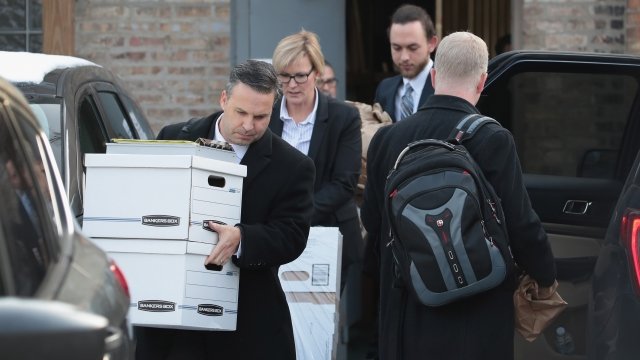 SMS
FBI Raids Offices Of Chicago's Longest-Serving Alderman
By Audrey Esther
By Audrey Esther
November 29, 2018
The FBI raided the offices of Chicago alderman Ed Burke but it hasn't said what it's investigating or why.
SHOW TRANSCRIPT

On Thursday, the FBI raided the offices of Chicago's longest-serving alderman, Ed Burke.

Burke has served on the city council for nearly 50 years and currently heads the finance committee that oversees a $100 million compensation fund for injured Chicago workers.

Burke also has ties to President Donald Trump. From 2006 until May 2018 Burke's law firm represented Trump, most notably by assisting him on property tax issues related to the Trump International Hotel and Tower in Chicago.

But the FBI has not released any information about what they're investigating or if it has anything at all to do with Trump or the Trump Organization.

Burke, who's been investigated before, said in a statement in "every instance nothing has been found," and that he's confident "nothing will be found amiss," this time too.

Burke is also running for re-election in February.