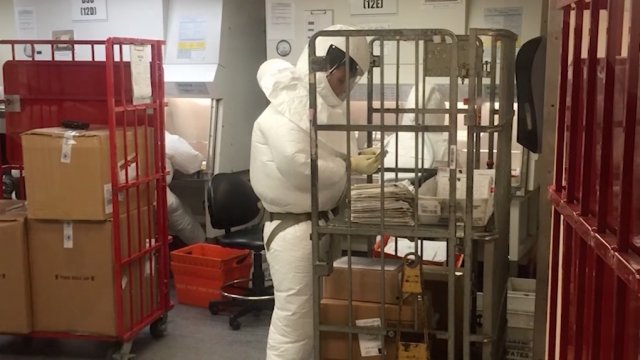 The FBI has arrested a Utah man they believe sent envelopes to the Pentagon and the White House containing suspicious materials.

Navy veteran William Clyde Allen III was taken into custody Wednesday at his home in Utah. Officials later found out the envelopes contained the raw materials to make the poison ricin.

Two envelopes were sent to Defense Secretary Jim Mattis and Chief of Naval Operations Adm. John Richardson. They were discovered at a screening facility outside the Pentagon and never made it into the actual building.

On Monday, items suspected of containing ricin were reportedly mailed to President Donald Trump. The Secret Service confirmed that it intercepted a "suspicious envelope," but it didn't enter the White House. The Secret Service didn't say why the envelope was suspicious.

CNN reports all the letters appeared to be connected and that authorities were calling the suspicious substance mailed with them a "very crude castor bean concoction."

Ricin is a poison found naturally in castor beans, but according to the CDC, it would take a deliberate act to make it and use it to poison people. Death from ricin poisoning can happen within 36-72 hours of exposure, and no antidote exists.