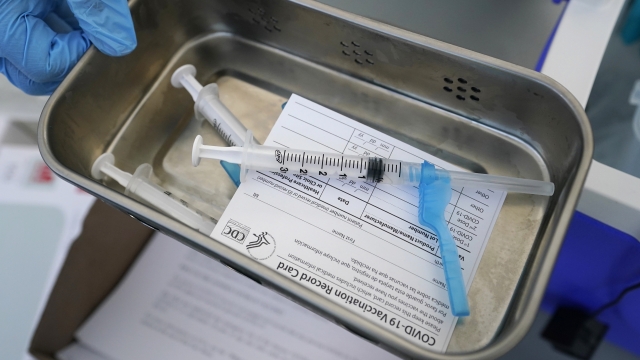 Dila Dhzuraeva takes every precaution with COVID-19, including leading up to a special vacation to finally see family this fall. But after getting back from Turkey with a layover in Germany, she said she started showing some symptoms.

"I decided to take a test just in case, and it came back positive, so it was kind of quite the shock knowing that we had booster shots and we were pretty careful for so long," said Dhzuraeva.

Now she's staying home. She said her symptoms started out like a cold, but now she's just dealing with loss of smell and fatigue.

"I still believe that the booster and the COVID shot vaccine is what helped us," she said.

Medical experts point to vaccines and precautions in the fight against COVID-19, including as more states report cases of the Omicron variant. Florida isn't on that list at this point, but doctors are paying attention.

"COVID anywhere in the world is COVID here, so it's kind of the same thing in Florida," said USF Health and Tampa General Hospital's Dr. Seetha Lakshmi.

Scientists are still looking into its severity and how well measures work against it. Dr. Lakshmi explained the concern is around the number of mutations around the spike protein.

"As you can see everything that accumulates on the spike protein is something that helps the virus dock onto the human cells," Dr. Lakshmi said.

While across the country many cases of COVID-19 aren't sequenced to know the variant behind it, Tampa General Hospital does sequence cases that come through its doors.

"Definitely it's a joint, concerted effort in Florida, especially in our county, and TGH partnership, to do more surveillance and capture it as soon as we can," said Dr. Lakshmi.

Labs across the country are looking out for it, too, like the New York Genome Center. The center has sequenced samples throughout the pandemic.

Michael Zody, Ph.D., the scientific director of computational biology, said through a number of large efforts through labs like theirs, the CDC and others, he believes overall we're sampling a reasonable fraction of positive tests collected.

"I think that puts us in a good position now with the arrival of the new variant to see how does that variant behave against the background of what we're sampling. That said, I think that sampling is still quite non-uniform across the country," said Zody.

"For a while now the Delta has been by far the majority of sequences we've seen and so it has been relevant to do the sequencing, but I think there's going to be renewed interest in just general surveillance that we can, as Mike said, have a baseline and then track if and when it starts increasing in various areas," said Soren Germer, Ph.D., the center's senior vice president of genome technologies.

The majority of cases in the U.S. are still from the Delta variant.

Dila Dhzuraeva doesn't know what's behind her case. She said she took an at-home test, but it's not a concern for her.

"It didn't cross my mind what strain because virus is virus, it's going to mutate until we're all vaccinated or all get COVID I guess, so it wasn't a big concern to me, to be honest," she said.