'Fast & Furious 7' Gets A Release Date 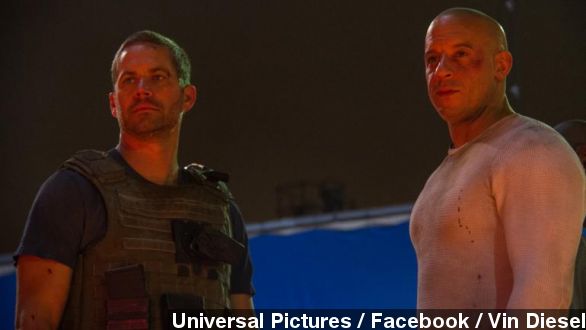 By Elizabeth Hagedorn
December 23, 2013
After weeks of rumors the franchise might get scrapped after Paul Walker's death, actor Vin Diesel announced a release date for the new film.
SHOW TRANSCRIPT

After weeks of rumors the seventh installment of the Fast & Furious franchise might get scrapped altogether following the death of Paul Walker, it now has a release date.

Its star Vin Diesel took to his Facebook page to make this announcement:  “The last scene we filmed together…There was a unique sense of completion, of pride we shared… in the film we were now completing… the magic captured… and, in just how far we've come… Fast and Furious 7 will be released… April 10th 2015! P.s. He'd want you to know first…"

Walker was on a break from shooting the film when he and a friend died in a car crash in Santa Clarita, California. (Via ABC)

​The film’s original release date was July 11, 2014, but Universal Pictures put production on hold indefinitely following Walker’s death. No word yet on how the film will handle the remainder of the film Walker hadn’t completed.

But according to The Hollywood Reporter, the studio wants to give his character a proper send-off. Director James Wan and screenwriter Chris Morgan reportedly rewrote the script to salvage some of the scenes Walker shot before his death.

This isn’t unprecedented. The studio behind “The Imaginarium of Doctor Parnassus" was left in a similar predicament back in 2008 when its star Heath Ledger died halfway through production. (Via People)

The exact cause of Walker’s crash remains unclear. Investigators are examining the car’s computer system for information on the car’s speed, seat belt use, and air bags.