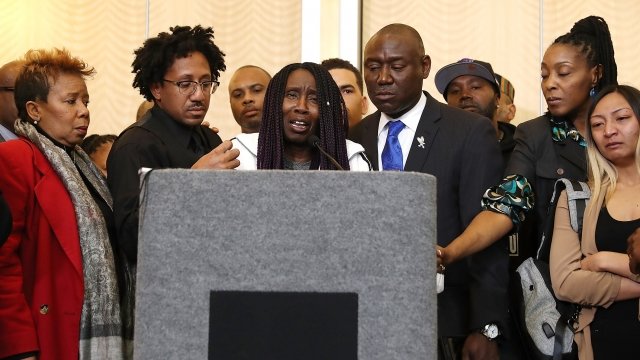 The family of Stephon Clark has filed a claim against the city of Sacramento, and are seeking upwards of $35 million in damages.

Clark was shot and killed by Sacramento police in his grandparents' backyard back in March after officers got a call about a suspect breaking car windows. Officers said they thought he was holding a gun, but it turned out to be a cell phone.

According to documents obtained by the Sacramento Bee, attorneys representing Clark's family filed the claim Tuesday and are seeking “in excess of” $20 million for Clark's two children and $15 million for his parents and grandparents. The claim lists nine causes of action, including wrongful death, funeral expenses, attorney fees and medical expenses.

In a statement dated Thursday, the city said claim form filings are "generally a precursor to a lawsuit." The statement also said the shooting of Clark is still under investigation by the Sacramento Police Department, the Sacramento County District Attorney and the California Department of Justice.