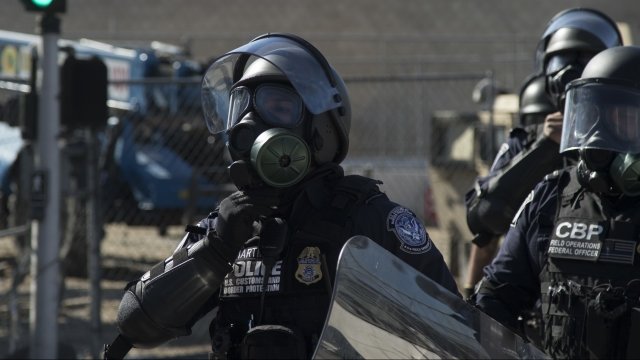 The Trump administration came under fire recently for using tear gas at the southern border. But press secretary Sarah Sanders defended that action.

"And let's also not forget that this isn't the first time that non-lethal force like this has been used. In fact, tear gas was used on average once a month during the Obama administration for very similar circumstances," White House press secretary Sarah Sanders.

And she's not wrong. The Department of Homeland Security told PolitiFact agents have been using tear gas at the border since 2010, but news reports show it was used earlier than that.

DHS provided details on the number of uses from October 2012 to September 2018. Looking at the data from Barack Obama's presidency, uses were at their highest in 2012 and 2013 when there were 26 and 27 incidents, respectively.

Around that time, the Obama administration was focused on securing the border and had an increased number of people patrolling it. But tear gas uses dropped significantly after that, going down to just three in the 2016 fiscal year.

Looking at the average over the five years we have data for, U.S. Customs and Border Protection used tear gas 1.3 times per month. That makes Sanders statement accurate.

But it's worth noting we don't have data for the first few years of Obama's presidency, which could skew the monthly average. According to PolitiFact, DHS didn't explain why the data they provided started in 2012. And we don't know how those incidents were spread out during the year, which makes it harder to confirm comparisons to the current situation under the Trump administration.