Facebook Removes More Pages On The Eve Of Election Day 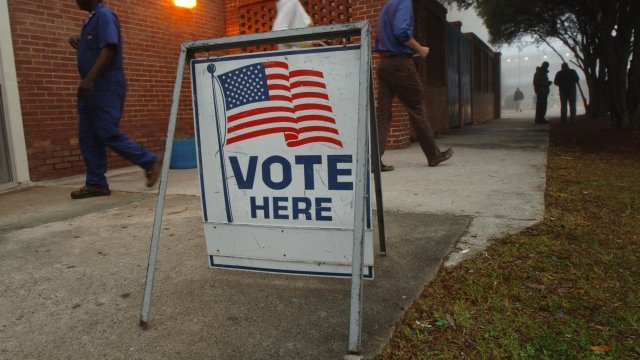 By Katherine Biek
November 6, 2018
The company said Monday night that it took down 30 accounts from its namesake platform and another 85 accounts from Instagram.
SHOW TRANSCRIPT

On the eve of the 2018 midterm elections, Facebook announced it's removed more fake accounts on its platforms.

The company said Monday night that it took down 30 accounts from its namesake platform and another 85 accounts from Instagram. Facebook started investigating after U.S. law enforcement officials informed it the day before that these pages could be linked to foreign entities.

Earlier on Monday, the departments of Homeland Security and Justice, the Office of the Director of National Intelligence and the FBI released a joint statement, saying there's no indication that America's voting systems had been compromised.

But they did caution that foreign operatives from countries like Russia are still trying to influence voters.

Facebook's been taking steps to combat election meddling on its platform — even setting up a "war room" at its headquarters to help curb interference.

While some of the removed accounts and their associated pages focused on celebrities or political debate, Facebook said they all appeared to mostly be written in either French, Russian or English.

Facebook's head of cybersecurity policy said that usually it would know more about the accounts in question before making an official announcement. But since this takedown occurred so close to Election Day, the social media giant wanted to share the news immediately.