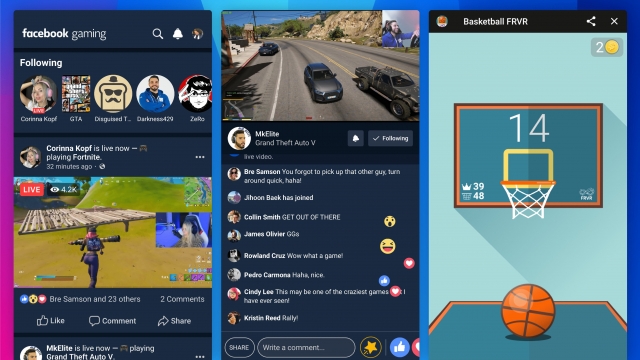 By Adam Elrashidi
April 20, 2020
Facebook Gaming is meant to compete with platforms like Twitch, the current market leader.
SHOW TRANSCRIPT

Facebook intends for the service to compete with similar platforms like those offered by Amazon, Google and Microsoft. According to The New York Times, Facebook tested the app for 18 months in various markets and had planned for a June worldwide release. But shutdowns caused by COVID-19 pushed the company to bump up the date.

Facebook is no stranger to mobile gaming, but it has been overtaken in recent years by platforms including Twitch, the market leader. Unlike some other platforms, though, Facebook Gaming will let users upload and share their streams directly without having to download a third-party service.

Facebook says more than 700 million of its users already engage with gaming content, but the company has a way to go in order to catch up with Twitch and YouTube. In the first few months of 2020, those platforms reportedly clocked more than 4 billion hours of viewing time combined, while Facebook recorded just under 554 million hours.

Facebook Gaming is already available for Android devices, and an iOS version is pending approval by Apple.