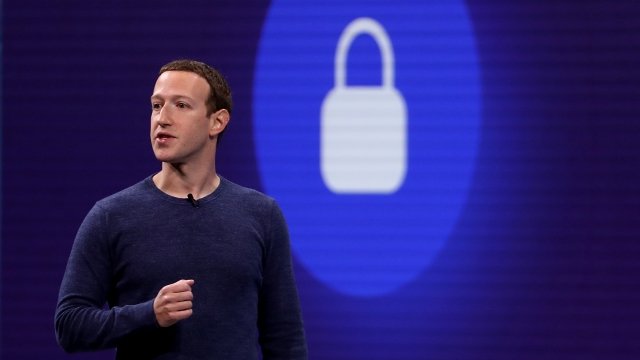 SMS
Facebook Launches New Database That Shows US Political Ad Spending
By Ahmed Jawadi
By Ahmed Jawadi
October 23, 2018
Facebook said it's in an effort to be more transparent with its advertising.
SHOW TRANSCRIPT

Facebook unveiled Tuesday its new searchable database that reveals which advertisers are buying political ads on its site and how much they're spending on them.

Facebook's Ad Archive report provides weekly updates on "ads related to politics and issues of national importance" on Facebook and Instagram. The social media giant said it's making these reports available to the public to be more transparent with its advertising.

So far, the report shows $256.4 million has been spent on political ads since May. Texas U.S. Senate candidate Beto O'Rourke's campaign was at the top of the list, spending over $5 million on political advertisements. The Trump "Make America Great Again" Committee came in second with over $3 million spent on advertising, and Illinois gubernatorial candidate J.B. Pritzker's campaign came in third with nearly $2 million spent.

The new database seems to coincide with Facebook's pledge of having more oversight with its advertisers and political content. The company said last year that it uncovered hundreds of bogus accounts that collectively purchased about $100,000 worth of political ads between 2015 and 2017, which it thinks were operated by Russians in an attempt to spread misinformation.

But although Facebook requires political ad buyers to reveal themselves privately to the company, it still allows them to use pseudonyms publicly, which makes it hard to always identify who's spending what on who.