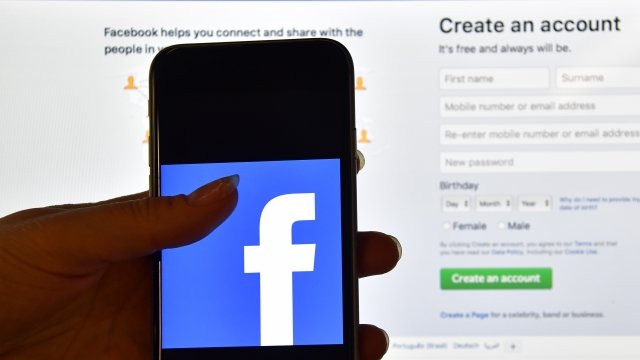 By Andrea Gonzales
October 16, 2018
Facebook announced it will start policing misinformation about elections on its platform more heavily ahead of the November midterms.
SHOW TRANSCRIPT

Facebook announced it will start policing misinformation about elections on its platform more heavily ahead of the November midterms. The company says it will also send posts to a third-party fact checker when content requires additional review.

The tech giant says it will now ban falsehoods about how to vote, like claiming you can vote by text message, and statements about whether a vote will be counted.

This news comes about a week after Facebook announced it removed around 550 pages and 250 accounts for consistently violating its policies regarding spam and coordinated inauthentic behavior. The company said violators were increasingly posting "sensational political content" to drive people to outside websites for a profit.

The company's existing rules "prohibit offers to buy or sell votes" and "misrepresentations about the dates, locations, times and qualifications for casting a ballot."

Facebook said in a statement Monday: "Expanding our policy is just one of the steps we're taking to strengthen the integrity of elections around the world."