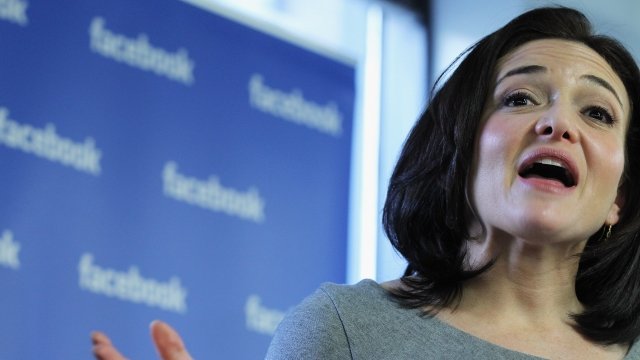 In a statement to media outlets, Facebook said Sandberg did direct the company's communications team to look into Soros' financial activities. The company said it specifically wanted to know if Soros engaged in "short selling," or borrowing shares to resell them for profit on the hunch a stock’s price is going to drop.

The Times report, though, suggests there’s more to it — saying the PR firm Definers Public Affairs was involved in digging up dirt on Facebook’s critics and competitors. According to the Times, that included portraying Soros as being linked to an anti-Facebook movement. At the time, Sandberg and Facebook CEO Mark Zuckerberg denied knowing about Definers. Days later, Sandberg backtracked and acknowledged she was aware of some of Definers' work.

Then, last week, outgoing Facebook communications head Elliot Schrage took responsibility for hiring the firm, saying he asked them to "do work on Soros." Schrage said the attack on Soros stemmed from a comment the liberal philanthropist made in January, when he called Facebook a "menace to society." Schrage said he directed Definers to determine if Soros had a financial motivation for that critique.

Now, it looks like Sandberg was directly involved in that request, despite her previous denial.

According to Facebook, Definers' research was already in progress when Sandberg sent that email. Citing unnamed sources, the Times says the email was sent "within days" of Soros' January comments.

So far, Sandberg herself hasn't publicly responded to the most recent report.