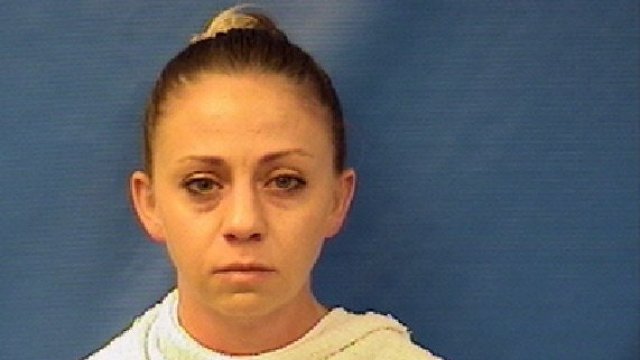 SMS
Ex-Dallas Cop Who Killed A Man In His Apartment Indicted For Murder
By Ahmed Jawadi
By Ahmed Jawadi
November 30, 2018
The murder indictment carries a maximum sentence of life in prison.
SHOW TRANSCRIPT

The ex-Dallas police officer who shot and killed an unarmed man in his own apartment has been indicted on a murder charge.

A Dallas County grand jury delivered the indictment Friday after hearing evidence earlier this week. The murder indictment, which replaces the original manslaughter charge, carries a maximum sentence of life in prison.

The indictment comes nearly three months after former police officer Amber Guyger shot Botham Jean in his apartment. Guyger said she mistakenly walked into Jean's apartment thinking it was her own, and thought he was an intruder. She was arrested days later, and fired from the Dallas PD weeks after that.

Jean's mother said she was satisfied with the indictment during a news conference. She said, "I look forward to the next step, which is a conviction of murder of Amber Guyger and more so of a penalty ... that will cause her to reflect on what she has done and the pain she has caused."