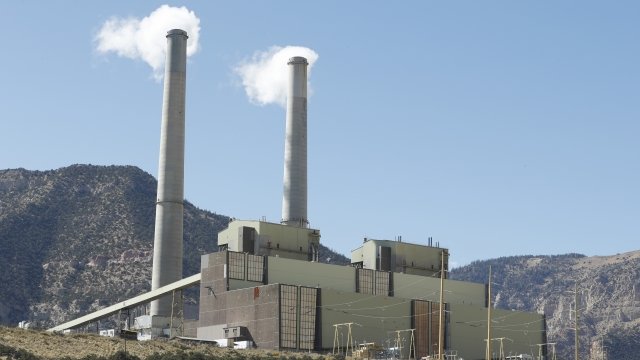 By Evan Thomas
December 6, 2018
The EPA has proposed relaxed limits on CO2 emissions for new coal plants, but new coal plants are getting especially rare in the U.S.
SHOW TRANSCRIPT

Under the new rules, new coal plants and certain older plants that get updated to meet new energy standards could release up to 1,900 pounds of CO2 per megawatt/hour of electricity. That's about 35 percent more than the current standards allow.

But for the moment, those emissions might not materialize — at least not from new plants. Thanks to cheaper renewable energy and natural gas production, the U.S. isn't building coal plants like it used to. In fact, it's practically stopped.

The last time the net number of coal plants in the U.S. increased was in 2011. According to the Energy Information Administration, nobody's turned on a brand-new one for at least five years, and there's only one scheduled to open in 2019.

This could limit the effect of new EPA rules mostly to those plants that get extensive overhauls to count as "new." But analysts expect that won't last long, either. Renewable energy is just getting too cheap to compete with.