EPA Reconsiders Decision To Allow Use Of Controversial Animal Poison 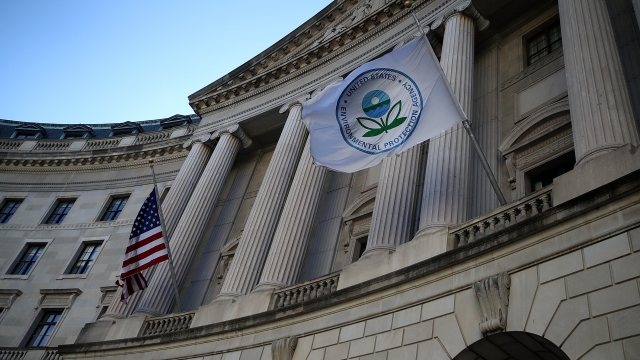 SMS
EPA Reconsiders Decision To Allow Use Of Controversial Animal Poison
By Alec Larson
By Alec Larson
August 16, 2019
​The EPA says will "re-evaluate" its authorization of M-44 devices and sodium cyanide, which are meant to stop predators from killing livestock.
SHOW TRANSCRIPT

The EPA announced it will "re-evaluate" the use of M-44 devices to kill animals that prey on livestock.

In a statement, EPA Administrator Andrew Wheeler said the agency would withdraw his agency's interim registration review decision on sodium cyanide, the poison used in M-44 devices, because the issue "warrants further analysis and additional discussions by EPA with the registrants of this predacide."

M-44 devices use springs to eject pellets of sodium cyanide poison into the mouths of predatory animals, such as foxes and coyotes. The devices are often smeared with bait meant to attract predators. Fifteen states have authorized the use of the device.

At issue is the EPA's finding that "some bird and mammal species may have direct exposure to M-44 baits" even though they're not the intended targets.

In June, the EPA released an interim registration review decision that would have allowed people to keep using the compound. The EPA reviews every registered pesticide at least every 15 years.

The agency has received multiple petitions in previous years from environmental and animal rights groups asking it to cancel the predacide's registration.