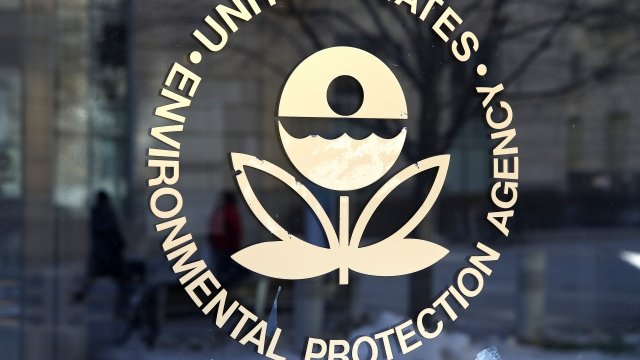 By Katie Cammarata
September 11, 2018
It's just the latest greenhouse gas emissions rollback proposal from the EPA this year.
SHOW TRANSCRIPT

The Trump administration has rolled out a proposal that would loosen restrictions on monitoring methane leaks.

So here's what's going on: Methane gas is one of the most powerful greenhouse emissions. It occasionally leaks out of oil and gas wells, so the Obama administration made businesses keep an eye on the leaks and repair them when necessary.

The EPA announced a proposal on Tuesday that would weaken those Obama-era rules.

This is just the latest greenhouse gas emissions rollback proposal from the EPA this year.

In July, the EPA suggested lessening restrictions on carbon dioxide emissions from vehicle tailpipes. And in August, the agency proposed a plan that would give states more power to decide how to reduce greenhouse gas emissions from coal-fired power plants.