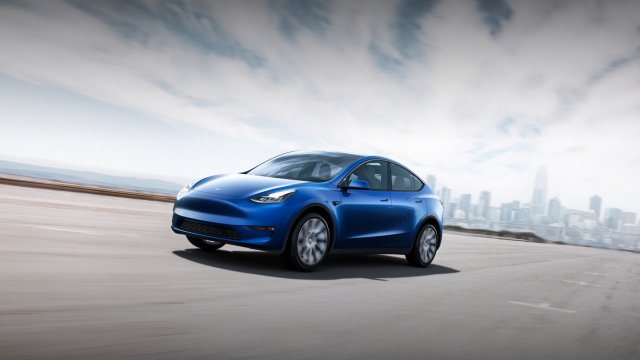 During an event in California Thursday, Musk showed off a prototype version of the Model Y, Tesla's second mass-market electric car.

The company says the new vehicle will start at $39,000 for the Standard Range version, with different versions and multiple options that will add to that price tag. Production is supposed to begin next year.

According to reporters at the event, Musk highlighted the Model Y's functionality, performance and safety features. But some critics say they're unimpressed by the lack of surprises with Tesla's newest addition.

As a writer for The Verge noted, "Aside from a slightly higher ride height and marginally improved visibility, I might as well have been in Tesla’s first mass-market electric car, the Model 3."

The Model Y unveiling came as Tesla continues to deal with a variety of issues — including declining sales, key executives jumping ship and Musk's issues with the SEC over what the agency says was a misleading tweet about the company.