Tesla's Solar Roofs Might Be Even Cheaper Than Expected 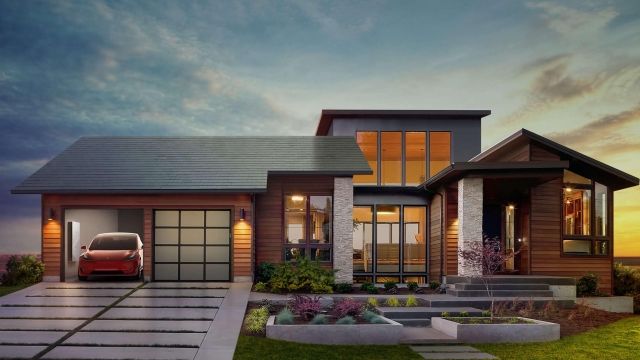 According to Bloomberg, much of the cost savings will come from shipping the materials. Traditional roofing materials are bulky and heavy, making for expensive shipping costs. But Musk's solar roof materials are lighter, making them easier and cheaper to ship.

SEE MORE: Meet The Small Town Destroyed By A Tornado And Rebuilt On Green Energy

The Tesla solar roofs improve on the traditional solar panel designs by making them look like traditional roofs. The four styles — Tuscan glass, slate glass, textured glass and smooth glass — incorporate the solar technology into each individual tile instead of installing a panel of solar tiles on top of a traditional roof.

Beyond the potential installation and energy savings, Musk says Tesla's glass tiles used in their solar roofs are actually stronger and can last longer than traditional roof tiles.

Tesla's investment in solar energy goes beyond the new panel design. On Thursday, the company's shareholders voted to approve the merger with SolarCity, which helped produce the tiles. SolarCity is the nation's largest solar panel manufacturer and installation company.

Tesla's solar roofs are expected to hit the market in 2017.

Musk hopes that new home construction and homeowners needing to replace their roofs will be the two main markets for Tesla's solar roofs.