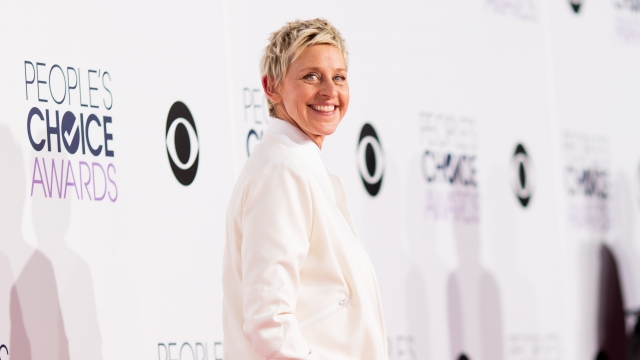 This is Spain Elementary-Middle School in Detroit. Newsy's partners at WXYZ report the school has a leaking roof that's missing ceiling tiles, a damaged gymnasium floor and windows sealed with duct tape.

"And this smell goes through the building, through the venting system. So we have a very hard time even breathing now," principal Ronald Alexander said.

Some of the teachers were among those across the city boycotting the deplorable conditions of the schools by participating in the teacher sickouts that began in November.

So Ellen DeGeneres wanted to help after hearing about the school, which doesn't have enough textbooks for its students and few computers.

"The Ellen DeGeneres Show" reached out to Detroit Public Schools earlier this year, according to The Detroit News, and the district was able to keep it a secret from faculty.

And the surprise, funded by Lowe's, was worth it.

"Today they're going to give every single teacher, every staff member a $100 Visa gift card. ... Lowe's wants to give you $50,000 in technology," said DeGeneres.

"Of all the people in the whole world, I am the happiest principal on Earth. I love you," Alexander said.

That wasn't all DeGeneres and Lowe's had in store for the students.

The home improvement company donated $200,000 in labor and materials to fix up the school. And another $250,000 can go toward whatever the faculty wants.

So if you've been keeping track, that's half a million dollars in donations — not including the gift cards for faculty.

But another celebrity wanted to help out: Justin Bieber.

He'll be performing in nearby Auburn Hills in late April for his Purpose World Tour, and for every ticket sold, Bieber will donate $1 to the school.

Repairs to the school are expected to start in late spring.

This video includes clips from Def Jam Recordings / Justin Bieber and images from Getty Images and Mike Mozart / CC BY 2.0.