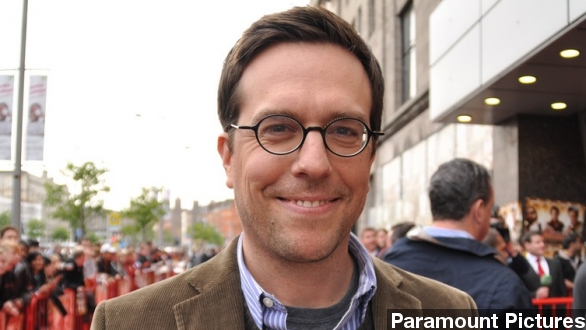 SMS
Ed Helms To Star In 'Naked Gun' Reboot
By Laura Heck
By Laura Heck
December 13, 2013
Paramount is putting a new spin on an old classic, the Naked Gun franchise, with Ed Helms in the lead.
SHOW TRANSCRIPT

Variety reports Paramount will remake the "Naked Gun" franchise with Ed Helms at the... well, helm.

He will be stepping into the shoes of Leslie Nielsen, who played Frank Drebin in the original three-film series from 1988 to '94. Nielsen's deadpan style helped make the films box office hits.

Helms is no stranger to over-the-top comedy, though. His previous roles include Stu in "The Hangover" trilogy and Andy in "The Office."

The success of the reboot might just come down to the script itself, and Paramount has encouraging news.

The screenwriting team of Thomas Lennon and R. Ben Garant will pen the new spin on the comedy classic. (Via The Guardian)

Lennon and Garant are the minds behind "Night at the Museum" and "Reno 911," yet another crazy cop comedy.

Still, Metro points out the "Naked Gun" franchise's loyal fans may be hesitant to embrace a new take on an "already brilliant film and its iconic main character." The original film enjoys an 89 percent approval rating on Rotten Tomatoes. (Via Rotten Tomatoes)

The pressure will be on for Paramount and Helms. This time, we hope he doesn't lose a tooth.