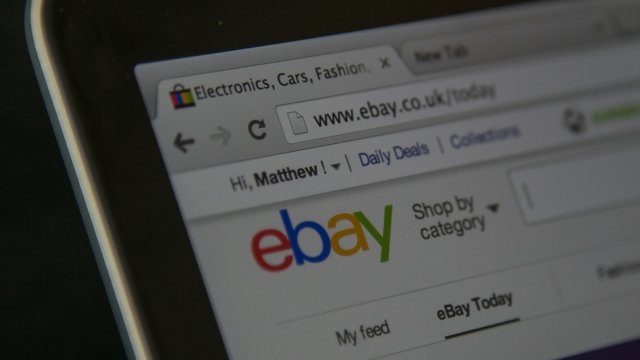 By Katie Cammarata
October 18, 2018
The lawsuit was filed with the Superior Court of the State of California County of Santa Clara on Wednesday.
SHOW TRANSCRIPT

So here's what eBay says is going on: When Amazon representatives created seller accounts on the platform, that gave them access to eBay's seller email system. From there, Amazon reps allegedly contacted eBay third-party sellers and asked to communicate off the platform, using different email addresses or talking on the phone.

And to make matters worse in eBay's eyes, Amazon representatives didn't buy, sell or bid on anything with the accounts they made.

eBay's User Agreement and policies directly prohibits solicitation about selling off its platform in its seller email system. eBay says Amazon was aware of that.

So now eBay's asking for the Superior Court of the State of California County of Santa Clara to make Amazon stop the practice and pay for damages. Amazon hasn't commented.