Earl Avery Talks How 'Making A Murderer' Has Affected His Family 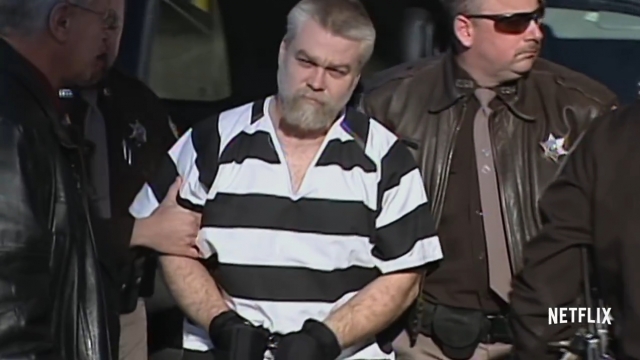 SMS
Earl Avery Talks How 'Making A Murderer' Has Affected His Family
By Briana Koeneman
By Briana Koeneman
February 3, 2016
Steven Avery's younger brother said in an interview with "Access Hollywood" things have been tough on the entire Avery family lately.
SHOW TRANSCRIPT

Steven Avery's younger brother is speaking out about how the popular "Making a Murderer" series is affecting his family today.

"We get at least 20 to 30 phone calls that call and hang up, call and say, 'I know you killed that girl, why did you do it?'" Earl Avery told "Access Hollywood."

Earl Avery said in an interview with "Access Hollywood" paying Steven's legal fees and dealing with backlash from viewers of the Netflix documentary has been tough on the whole family. (Video via Netflix / "Making a Murderer")

As many already know from the series, Steven Avery spent 18 years in prison for a sexual assault that DNA evidence later proved he didn't commit. He was released in 2003 after his conviction was overturned.

But two years later, he was charged in the murder of freelance photographer Teresa Halbach. He was convicted of first-degree intentional homicide in March 2007 and sentenced to life behind bars. (Video via WLUK)

In January, Steven Avery hired a new lawyer, Kathleen Zellner. And his niece Brittany told Access Hollywood they're happy with her work so far.

"She was very determined to do what needs to be done right now," Brittany said.

Zellner told reporters earlier this week she will be seeking new scientific testing in the case because there have been "significant advances" in forensic testing since Steven Avery's conviction.