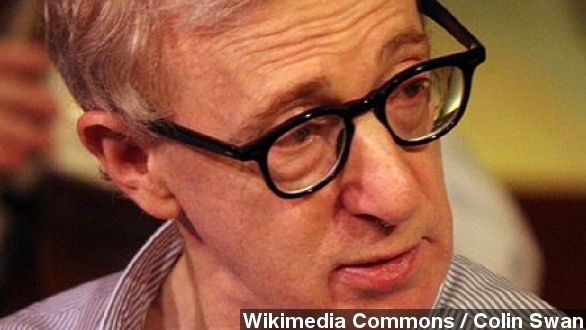 Just four days after Woody Allen's adopted daughter, Dylan Farrow, published molestation allegations in The New York Times, it's become clear the family is heavily divided on the truthfulness of her claims.

In the letter, Farrow, now 28, claims Allen sexually assaulted her when she was seven years old. But Wednesday her brother, 36-year-old Moses Farrow, responded to the letter opening up to People.

He told the magazine, "Of course Woody did not molest my sister ... My mother drummed it into me to hate my father for tearing apart the family and sexually molesting my sister ... And I hated him for her for years. I see now that this was a vengeful way to pay him back for falling in love with Soon-Yi."

Moses is close to both Allen and Soon-Yi, his wife of 17 years. He is estranged from his mother, Mia Farrow, and many of his siblings. Dylan responded to her brother's claims calling them a "betrayal."

"My mother never coached me ... She never planted false memories in my brain. My memories are the truth." (Via Inside Edition)

Allen's representative also responded to Dylan's open letter, calling the allegations disgraceful and saying they were "engineered by a vengeful lover."

"At the time a thorough investigation was conducted ... The experts concluded there was no credible evidence of molestation; that Dylan Farrow had an inability to distinguish between fantasy and reality..." (Via CNN)

Allen has since asked to respond in an Op-Ed piece of his own in The Times, and the newspaper says he just might get the chance.

There hasn't been any recent response from Mia Farrow, but back in 1992, when Dylan first came forward with the claims, she denied ever coaching her daughter. (Via Wikimedia Commons / David Shankbone)

"In the middle of the night I wake up and feel guilty for bringing him into my family where all of us, the children and I, trusted him." (Via NBC / 'Access Hollywood')

All of this resurfaced following a tribute to Allen at the Golden Globes when both Mia and Roman Farrow tweeted their disapproval.