Dwyane Wade Fathers Child While On 'Break' From Union 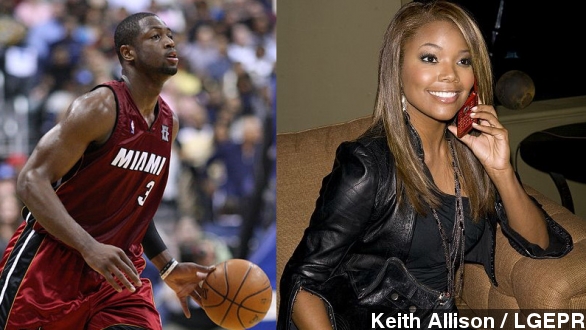 SMS
Dwyane Wade Fathers Child While On 'Break' From Union

By Lauren Zima
December 31, 2013
The NBA star has confirmed reports that he fathered a son, born about a month ago, while he and Union were separated earlier this year.
SHOW TRANSCRIPT

Dwyane Wade is reportedly the father of a new baby boy, but his new fiance is not the mother.

The NBA star and actress Gabrielle Union announced their engagement December 21st after several years of dating. But now, news is breaking that Wade fathered a son with another woman earlier this year while he and Union were on a break. (Via Instagram, YouTube / Dwyane Wade)

The report first came from Entertainment Tonight. The outlet said Union knew about the baby before the two got engaged, and that Wade had known the child's mother for many years.

Wade confirmed the reports Monday night. ESPN quotes him: "In our time apart, in our break, in our pain and our hurt, a blessing came out of it in my life, having a son who was born healthy." Wade said the baby is about a month old.

31-year-old Wade and 41-year-old Union kept their split quiet at the time, but he spoke about it on "The Tonight Show" in September, saying their relationship fell victim to the rigors of busy celebrity lives.

"Celebrity relationships is very hard. ... We took a step back for a little while, but at the end of the day we came back together and say listen, we want to continue this."

Wade is also father to two sons from his first marriage, and is raising his nephew. According to the report, he'll be involved with this child as well.

He's spoken about the importance of fatherhood in the past, even writing a book on the subject. (Via Harper Collins)

Wade and Union have been together since 2009, and will reportedly wed next fall.