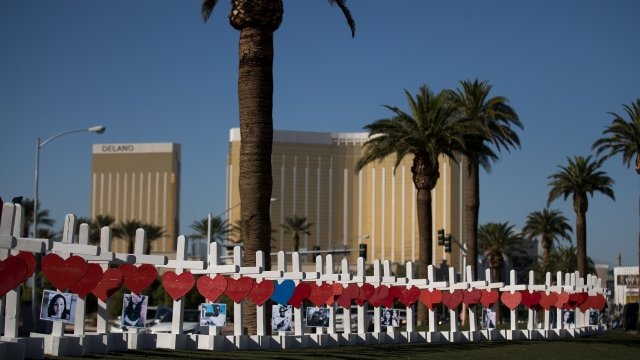 The Department of Justice announced Friday it will award more than $16.7 million in aid to survivors of the 2017 mass shooting in Las Vegas.

The money comes from the Antiterrorism and Emergency Assistance Program. It will be used to help victims of the shooting with costs of counseling, therapy, rehabilitation, trauma recovery, and legal aid. Beneficiaries include concertgoers, concert staff, family members of victims, law enforcement personnel and others.

Fifty-eight people were killed and hundreds more wounded when a gunman opened fire from the 32nd floor of the Mandalay Bay hotel and casino during an open-air country music festival. It's the deadliest mass shooting in modern U.S. history.

In a speech, Acting Attorney General Matthew Whitaker said, "While we cannot undo the harm that has been done, this Department of Justice is doing what we can to help Las Vegas heal."